What are “unfair” practices by a debt collector?

In a federal law, the Fair Debt Collection Practices Act (FDCPA), says that a debt collector is not allowed to use unfair practices to collect a debt.

For example, a debt collector may not:

A debt collector is also not allowed to harass you. In addition, there are state and other federal laws that generally prohibit practices that might be considered unfair, deceptive, or abusive acts 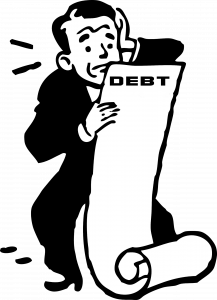 If you believe a debt collector is using an unfair practice while collecting a debt, contact the CFPB, the FTC, or your state’s attorney general. You can also sue the debt collector for this or other violations of the Fair Debt Collection Practices Act (FDCPA). If you sue under this federal law and win, the debt collector must generally pay your attorney’s fees, and may also have to pay you damages.

Tip: Keep good records of your communications with a debt collector.

It is a good idea to keep a file of all letters or documents a debt collector sends you. Keep copies of anything you send to a debt collector. Write down dates and times of conversations along with notes about what you discussed. These records can help you if you have a dispute with a debt collector, meet with a lawyer, or go to court.

Schedule A Meeting With Us

Very helpful and full of knowledge.

Would definitely recommend them.

Great company to do business with!

These guys are the real deal and a pleasure to work with!

They make the process of selling a house as easy and stress free as it can possibly be, I cannot recommend them enough!

Listing vs. Selling To Us

Which route is quicker?
Puts more cash in your pocket?
Has less hassle?